Will Smith and Tom Holland Enter the Espionage World

A lot of buzz and excitement is around Will Smith’s return to the animation world for the first time in 15 years; in Spies in Disguise, which is set to premiere in theaters this Christmas. In the world of espionage, Will Smith voices the super spy, Lance Sterrling, a smooth agent with a pristine reputation for getting things done, but when things take an unexpected turn, he teams up with one of his agency’s brainy tech guys, an unpopular scientist assistant, Walter Beckett, voiced by Spider-Mans’ Tom Holland. Things start to get a little messy throughout the film and Lance needs an almost impossible disguise in order to accomplish the mission, to which Walter accidently provides the ultimate disguise…a pigeon. While being a pigeon is a brilliant spy cover to blend in the urban city environment, but of course there is still the fact, that he is still facing the struggles of being an actual pigeon. Audiences are excited for the release, after several delays to watch their favorite superstars collaborate between other fellow artists such as DJ Khaled. The audience are setting high expectations for the performance of this movie, especially that it is the second animated feature film for both Holland and Smith. So don’t forget to catch Spies in Disguise in theaters this Christmas. 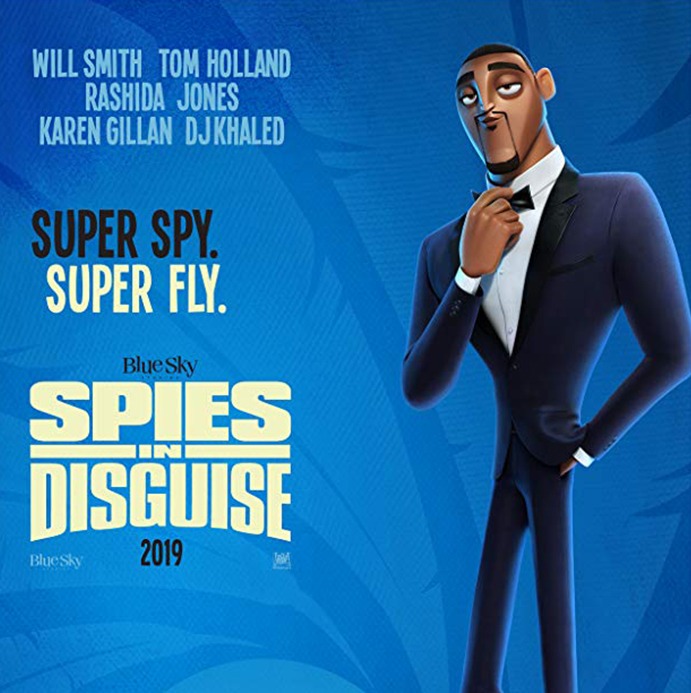