A Joker Review: Is there sympathy for the antagonist?

Ever since Tod Phillips’ standalone villain story “Joker” screened worldwide it has been creating waves of controversy around the birth of Batman’s number one nemesis. Phillips (director of the Hangover movies), reimaged the comic villain by humanizing the Prince of Crime, Arthur Fleck (Joaquin Phoenix) and transforming him from an initially sympathetic protagonist to a vengeful chaotic antagonist. Throughout the movie we get to watch Arthur, a lonely clown suffering from a medical condition that turns his internal discomfort into an abrupt chilling laughter, trying to live his paradoxical dream of becoming a standup comedian and appearing on a sleazy TV show hosted by Murray Franklin (Robert De Niro) but instead, he stumbles upon his talent for violence.
The movie merges the lines between comedy and tragedy, taking a brutally honest look at the daily struggles of a mentally unstable man. Showcasing the ugliness of the world as Arthur’s’ mental state descends into darkness, watching the wrongness with Arthur grow as he dances through the path from victimization to vengeance. Living in a time where discussing mental health is a taboo, the Joker magnificently pinpoints, the unfortunate events that can happen to anyone through the constant exposure of continuous abuse and negligence from society can transform you and how “The worst part of having a mental illness is people expect you to behave as if you don’t”. Others say that the portrayal of mental illness is inaccurate, stating his acts of violence is not based on his craziness lacking, perception, depth and clear understanding of mental illness and society. There has been also major backlash on glamorizing Arthur as a mass murderer, and giving him a reasonable explanation for his actions based on how society abused him and not by the sole fact that he was passive and it was all his choice. The movie portrays Arthur as someone who inspires a revolution for the outcasts and underdogs but not as a murderer who inspired chaos and destruction.
The visual retro mood and stunning cinematography by Lawrence Sher, alongside with the chilling cello scores by Hildur Gudnadottir, added depth and richness to the complex layers of Arthur Fleck. Layer that Phoenix brilliantly embodied of a lonely man’s spiral from naïve and pathetic into pure chaos earning him a shot at the Oscars, despite the continuous scrutiny and comparison between The Dark Knight Joker performance of the late, Heath Ledger.
Everyone can agree that the Joker is a form of art, but was it a tempting fantasy attached to justification to violence and crime? Or is it a story where you can sympathize with the antagonist, who was once a naïve and powerless individual? Turning into a political debate, the Joker gained a wide audience appeal, making it more than just another fictional character, but a portrayal of real-world issues and its role in a man’s path to self-destruction. 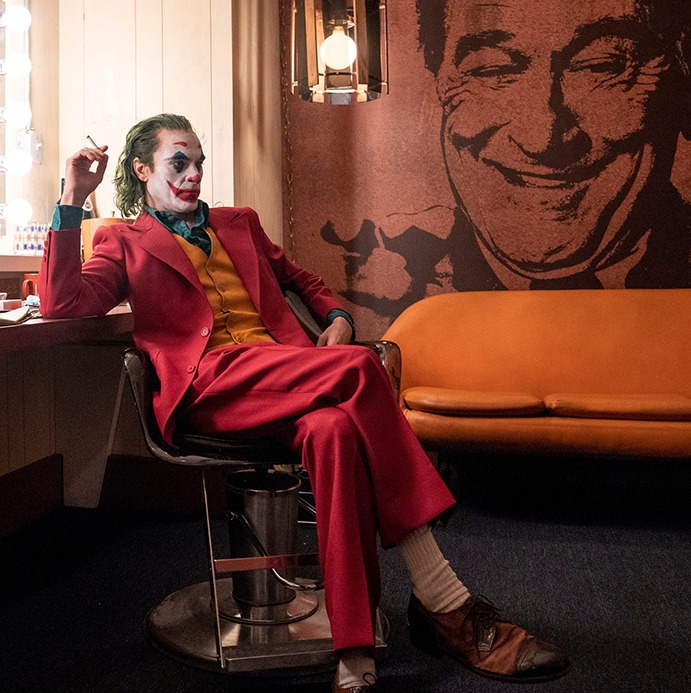